Skip to content
LISA BLAIR: THE WOMAN BEHIND THE MAST 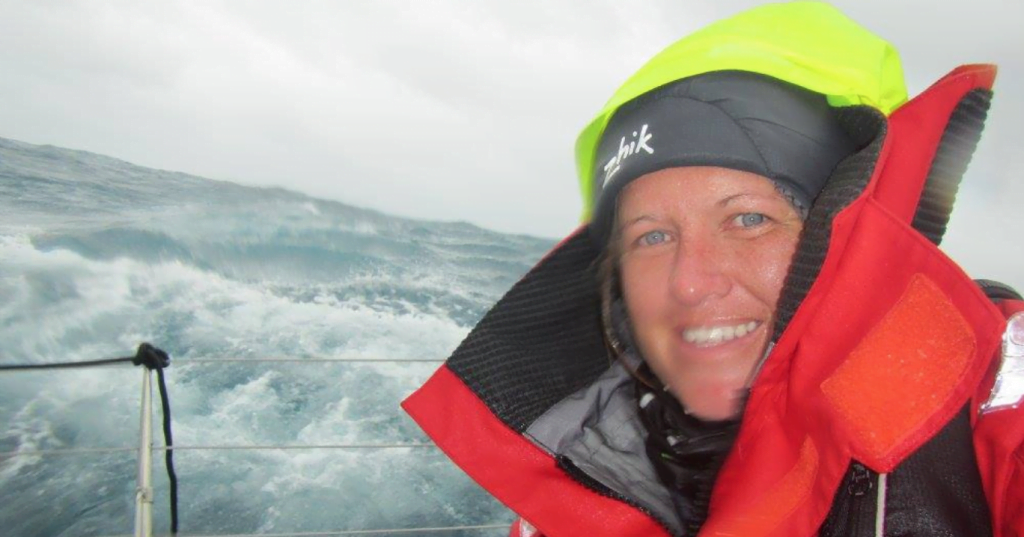 LISA BLAIR: THE WOMAN BEHIND THE MAST

When Lisa Blair signed up for the Solo Trans-Tasman Yacht Race, there was one teeny, tiny problem: she didn’t have a boat. Neither that, nor the fact that it was her first solo sailing trip, could stop her. She found a yacht, made her way through the treacherous water, and went on to become the first woman to sail solo around Antarctica in 2017, and Australia, late last year.

Initially, Lisa had been deadset against circumnavigating Antarctica alone – “Why would I want to sail around Antarctica? It’s cold, it’s miserable, it’s dangerous as hell!” But she soon became hell-bent on the idea. She knew she had what it took, having successfully navigated the Tasman Sea. After 3 ½ years of meticulously studying weather patterns and training for worst-case scenarios, she embarked on the voyage. Three quarters of the way around Antarctica, she was on track to beat the world record. Suddenly, disaster struck. Her mast came crashing down in the middle of a raging storm and she was forced to face her mortality head on.

Now 34, Lisa never imagined she’d find herself in such a position when she first took up sailing, at most it was “a nice hobby”. At 22, she became a cook and cleaner on a charter boat in the beautiful Whitsundays. There, she fell in love with sailing; its complexity and its simplicity. A couple of years later, just days after completing Visual Arts teaching at university, a friend invited her to sail to Hawaii, on what would become her first ocean journey. Eat, sleep, sail, repeat. She was hooked and stayed in Hawaii to work on a boat for a further 8 months. After returning to Australia, her enthusiasm was fuelled by stories of ordinary people who, with a dollop of of determination, had become great sailors. Lisa set her sights on the year-long Clipper Round The World Race for amateurs. She overcame hurdles as they popped up and before long, had crossed the race’s finish line. Now, she was hungry for more, and so her attention turned to sailing solo.

“As long as you know how to sail, you can sail solo. You’ve just gotta do a little extra running around.” Despite having had amazing leadership opportunities, Lisa felt that, as a woman, she’d been sidelined when it came to the mechanical side of sailing. She wanted to push herself. When sailing solo, she found there was even more to love about it: the isolation, the self-reliance, having huge sea birds for company. Even the experience of a storm was heightened – “I think it’s just incredible to be able to witness and survive that. There’s this raw beauty to it.”

After the demasting on her Antarctica trip, Lisa went ashore to repair the boat and successfully completed the journey. And there was no slowing down for her. Shortly after, she began planning her voyage around Australia. Often asked why she chose Antarctica before Australia, her explanation is simple – “Australia seems easier and safer because land is right there and you’re within rescue range. But you’ve got to navigate around thousands of ships, reefs, rocks, changing weather patterns. The level of fatigue is huge!” She pushed through these challenges and became the first woman to sail solo around Australia in December.

Lisa’s doing more than smashing world records. The colourful hull of her boat, Climate Action Now, stands out. It’s wrapped in Post-It notes emblazoned with messages from her supporters about the positive steps they’re taking to reduce the effects of climate change. She plans to take her yacht back to Antarctica to complete the voyage without interruption. Always up for a challenge, Lisa explains “I’ve always tried to be the fastest in my category, not just the first woman. I was going to become the fastest person to sail around Antarctica so I’d really like to go back and actually set that record.” And we’re ready to watch this incredible woman do just that.

Lisa’s book about her Antarctica trip, “Demasted”, is currently available for pre-order. Find out more at https://lisablairsailstheworld.com/